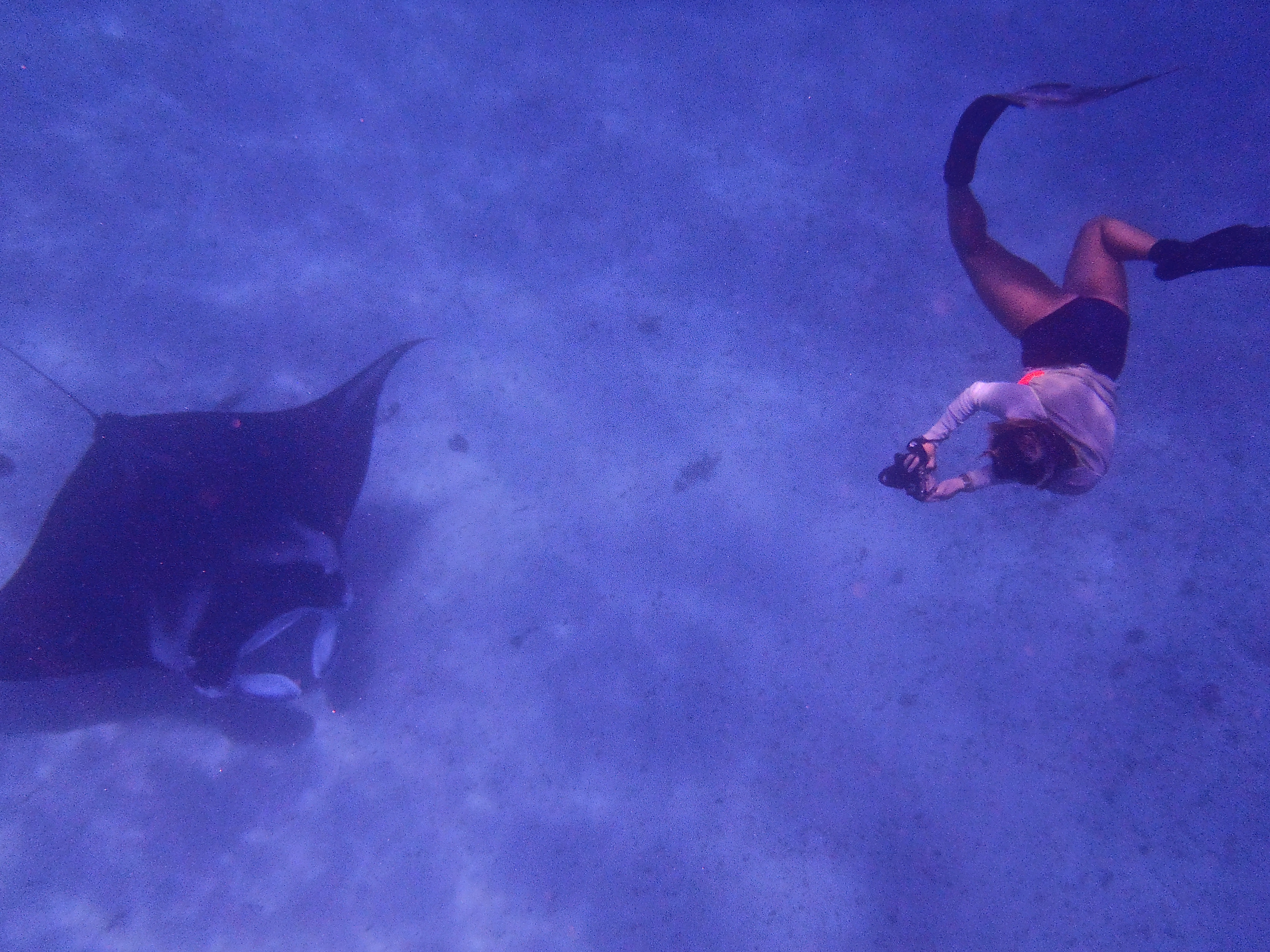 The seaside town of Coral Bay, 150km south of Exmouth, is the gateway to the Ningaloo Reef and home to manta ray, whale sharks, dugongs and multiple species of dolphin and turtles as well as hundreds of species of tropical fish and coral. The many species call the Ningaloo Reef home during particular seasons, for example the whale sharks are here from late March until July, but the manta ray are here all year round and when we stopped in during Spring in early October we were lucky enough to spot a pod of humpback whales cruising south from their calving grounds in the Kimberleys to their summer feeding grounds in the southern ocean off Antarctica.

From the range of snorkelling and non-snorkelling tours available, Ben and I booked in on the ‘Marine Eco Tour’ with Coral Bay Eco Tours which was a full day tour promising swimming with manta ray plus three snorkel sites and lunch included. The three tour companies in Coral Bay share the use of a spotter plane which almost guarantees finding at least one manta to get into the water with, or whale sharks if in season, and on this day we were lucky enough to swim with five manta in a ‘mating chain’ with one large female at the front and four smaller males following her around.

The full-day tour runs with a minimum of 9 people, so we were very lucky that some late bookings came through and the tour was a go-ahead for the next day. The weather was amazing; the water was glassy with little to no wind all day and fantastic visibility. The crew was great, knowledgable and laid back, and as the tour was fully catered all you had to think about was remembering swimwear, a towel and some sunblock.

Although they weren’t the cheapest operator in the Bay, we had a fantastic time and it was well worth the money. I was really glad they let me hover around with my camera and take my own photos as there is an on-board photographer who was on hand to get plenty of shots for you to take home for just $35 at the end of the day.

Here are the results!