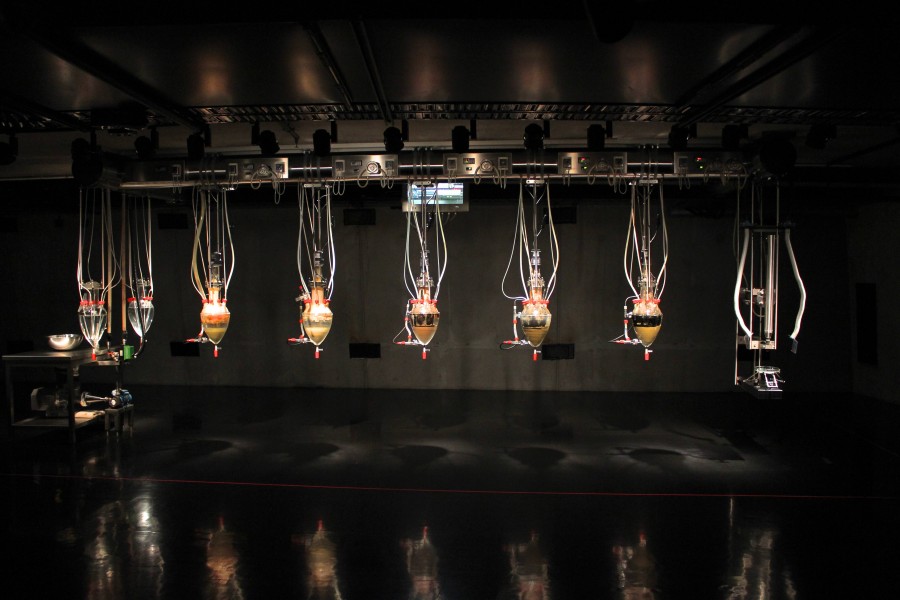 “I would recommend anyone to fly from anywhere around the world just to come to MONA for at least one day.” – Ben Jarvis, exceedingly excited having just seen the ‘poo machine’ fed and poo within three hours of each other.

We had allocated an entire day to MONA, the first day after arriving in Tasmania as it turned out, pushed up the schedule due to poor weather. We had heard a few tidbits, but nothing to give it away, so if you are visiting MONA soon and do not wish to have the excitement and surprise spoiled, please stop reading here. In saying this, the majority of the installations are not permanent and are replaced by new works after around six months so if you are planning your trip for a bit later, you should be safe.

What we found was unlike any museum or art gallery we had ever dreamed of. Devoid of pretension, even the most heinous bogan would be enraptured by the fascinating and provoking art on display. Indeed, as we drove into the car park there were two concrete walls dead ahead, narrowing until a wrecked car was only just wedged between them at the far end. A scrawled engraving on the boot of the wreck read “Sex, death + Bogans?” 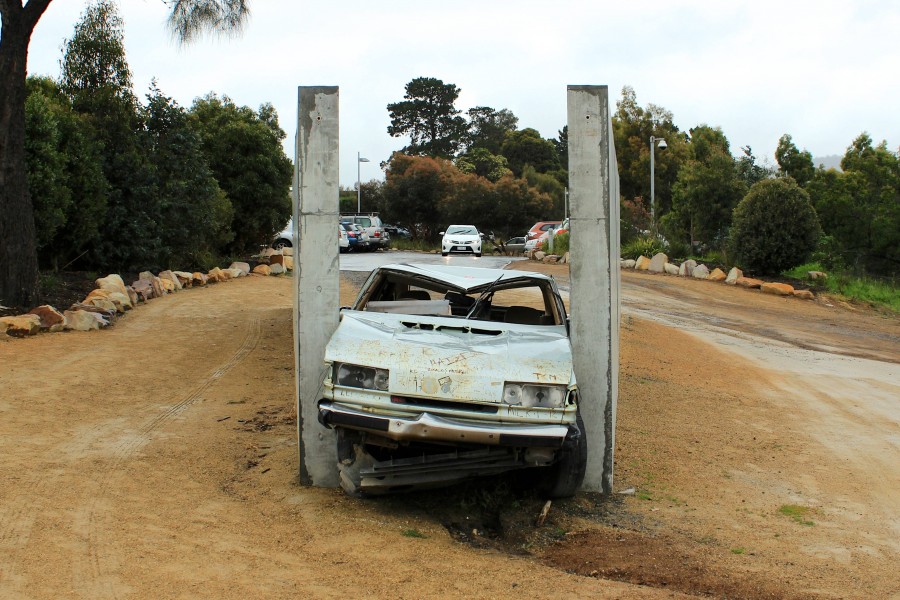 We had heard about the infamous poo machine and once inside, equipped with standard issue headphones and iPod, as there are no plaques or written information on the walls whatsoever, we followed the directions of an attendant just in time to watch the feeding at 11am. This mornings meal consisted of a meatball sub sandwich, salad and chocolate brownie washed down with water.

The ‘Defecation Machine’ was created by Wim Delvoye, a Belgian conceptual artist. He exhibited the first of his ‘gastrointestinal’ machines at the Museum of Contemporary Art in Antwerp in 2000, after about eight years consulting with experts in fields ranging from plumbing to computer technology to gastroenterology. His Cloaca ‘brand’ has since appeared in a number of incarnations from one small enough to fit into a suitcase for display purposes, to one that fits into the back of an 18 wheeler truck. It has apparently become somewhat of a commercial venture, manufacture and distribution worldwide with offices in Hong Kong, with Wim himself living in a castle in Belgium.

We returned at 2pm later that afternoon to see it poo. The woman conducting the demonstration informed us that a thermostat malfunction around one month ago had resulted in the machine having a severe case of diarrhoea, “so could we please all stay behind the line” as Ben avidly sent snap chats to his friends with a look of sheer glee plastered all over his face. As we left the room a blonde boy around 9 years old rushed past us toward his sister in the next room yelling “Lizzie, we saw it Pooooooo!”

Afterward, we returned to the former exhibits that we had missed in our haste to see the Cloaca. “That’s disgusting” Ben was heard saying, awkwardly loudly, throughout one entire section of the first floor. The R18 section is R18 for a good reason. Walking down a dark corridor, lit only by a backlit photograph in the distance, the walls lined by plush red velvet curtains. As you near the 2 metre tall image thinking “what is that?” you look down to the iPod issued on arrival that begins to read “photograph of a bullet wound to the head…”

Turning the corner there is a one foot tall brown figure of a mans torso. The iPod reads “impressionist artist was inspired by a photograph of a suicide bomber, his remains intact from the chest up sitting upright in the middle of the pavement surrounded by his entrails. This particular work is cast in milk chocolate…”

Lunch was washed down with a delicious Moo Brew Pale Ale and we finished our day with a tasting at the Moorilla Cellar Door before a selection of cheeses at the wine bar across the pavement. Thirsty work all that art-looking.

The entire property is privately owned by one David Walsh, who I was guessing was parked in the car park reserved for “GOD”. The gallery is rumoured to be the fruits of an extremely successful career in card counting that led to a large private collection of art. Needing somewhere to display his art, MONA was born along with the winery, brewery and restaurant because I’m guessing he also likes wine, beer and food.

In an effort not to ruin too many surprises I will leave my commentary there, only to add a few descriptions to the following photos;

The water colour painting shown here is just one of a prolific collection. This work is probably one of the more G rated.

The Buddha is half again as tall as a person, and is constructed entirely of ash from incense. It was originally intended to have a head, as it had previously in other exhibitions, but as you can imagine ash is a rather volatile material and they weren’t going to try a second time.

The final image was taken in a large room where every vintage television set had an accompanying vintage armchair. Screening on the set was an interview with a Syrian, child, mother, brother, grandmother. In an adjacent room there was a moulded floor covered in pink faux fur and iPads with video interviews with a variety of American citizens. Of all the people simply telling the camera of their daily lives, the Americans bored me to tears. 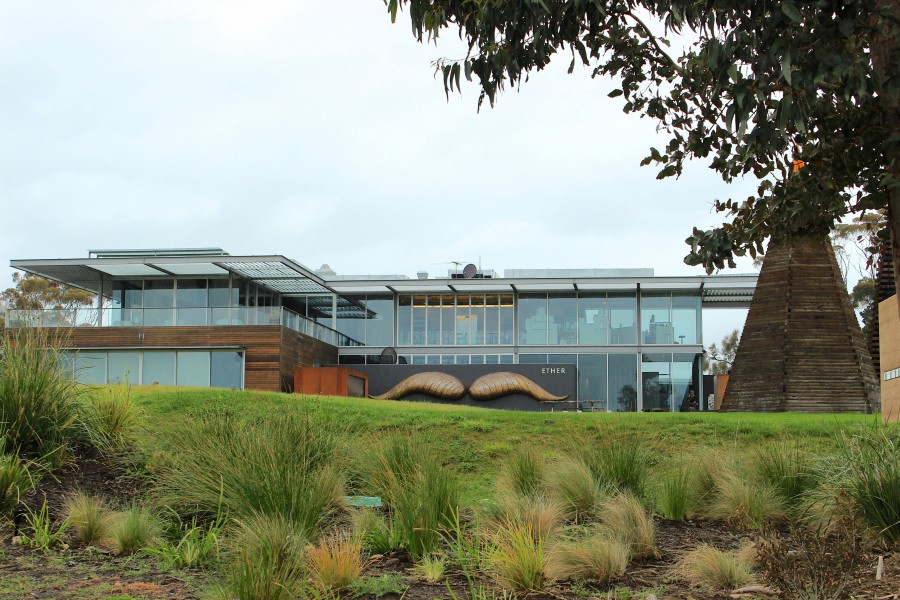 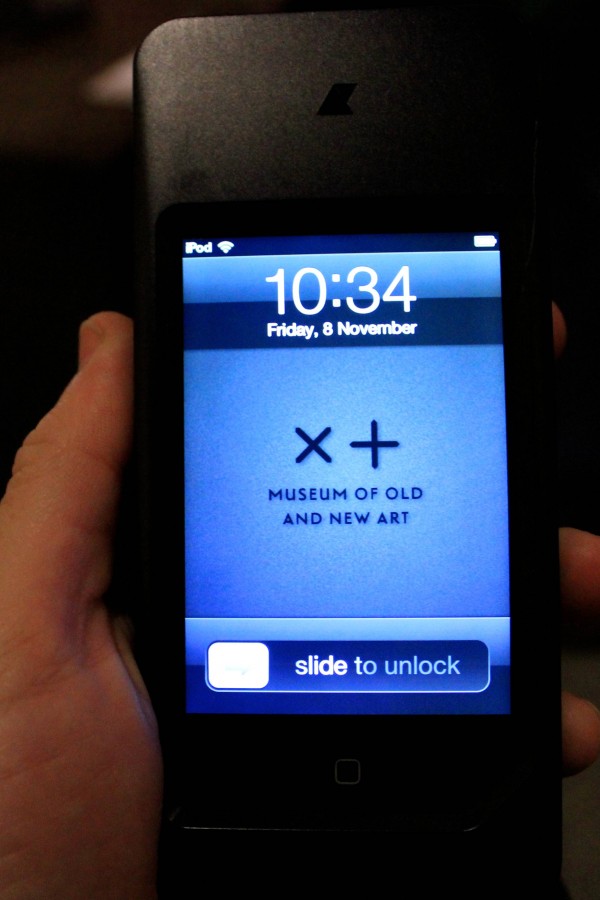 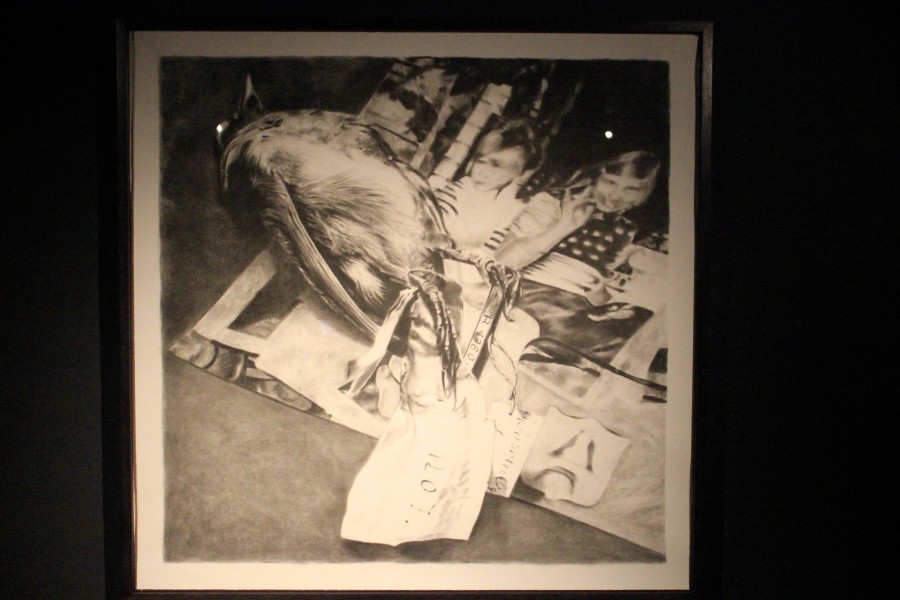 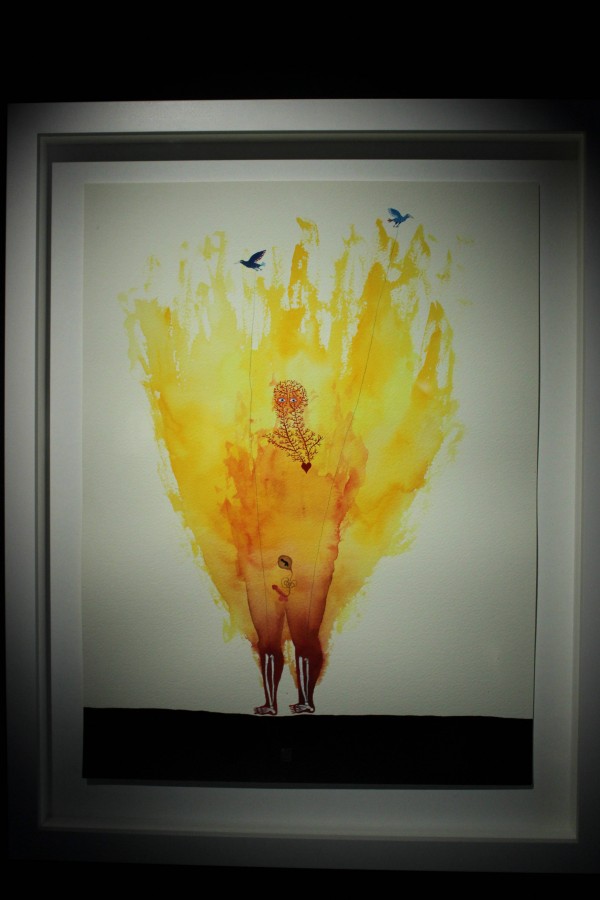 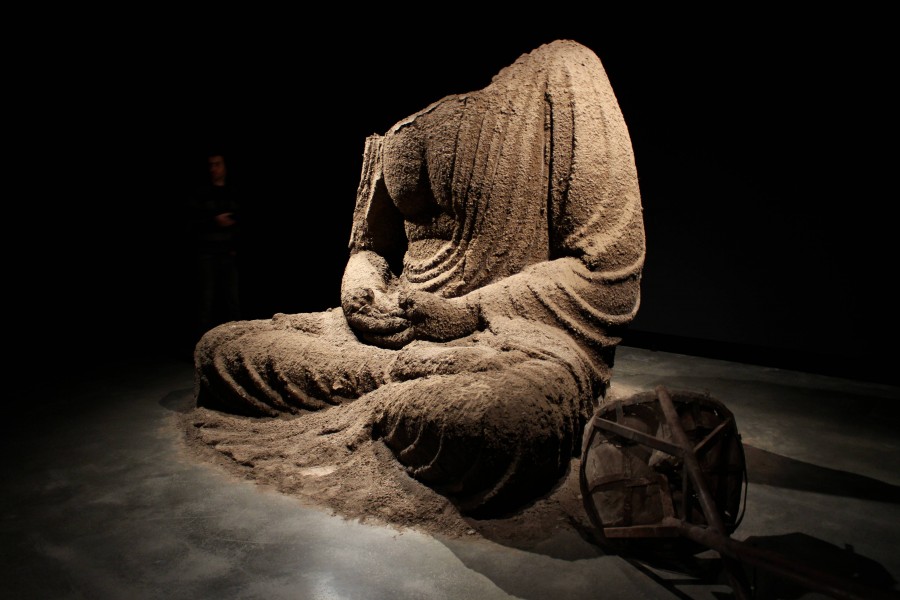 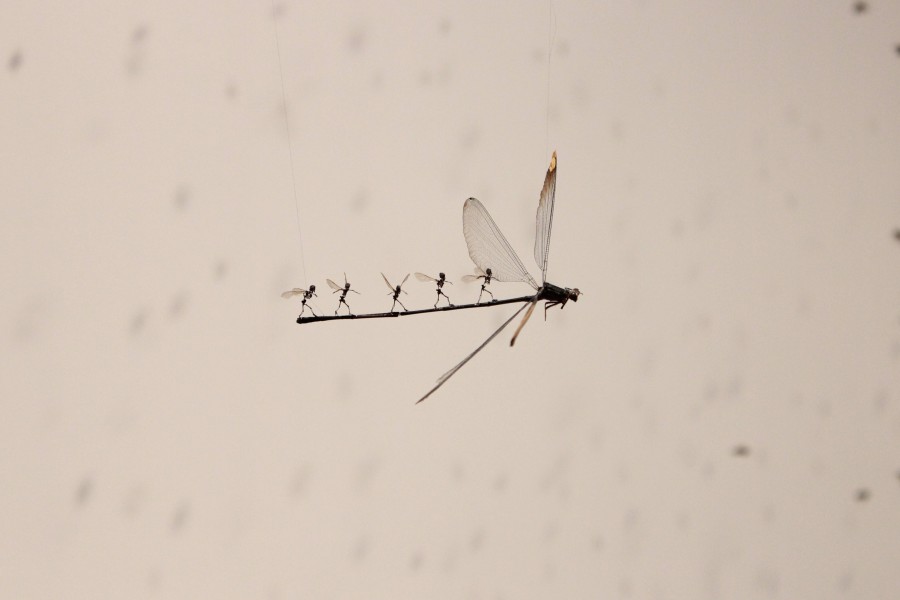 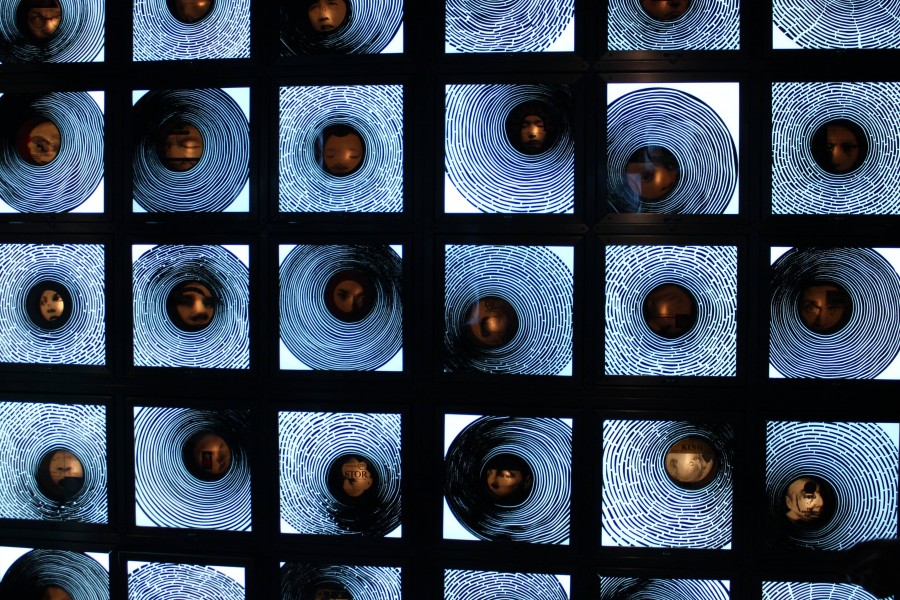 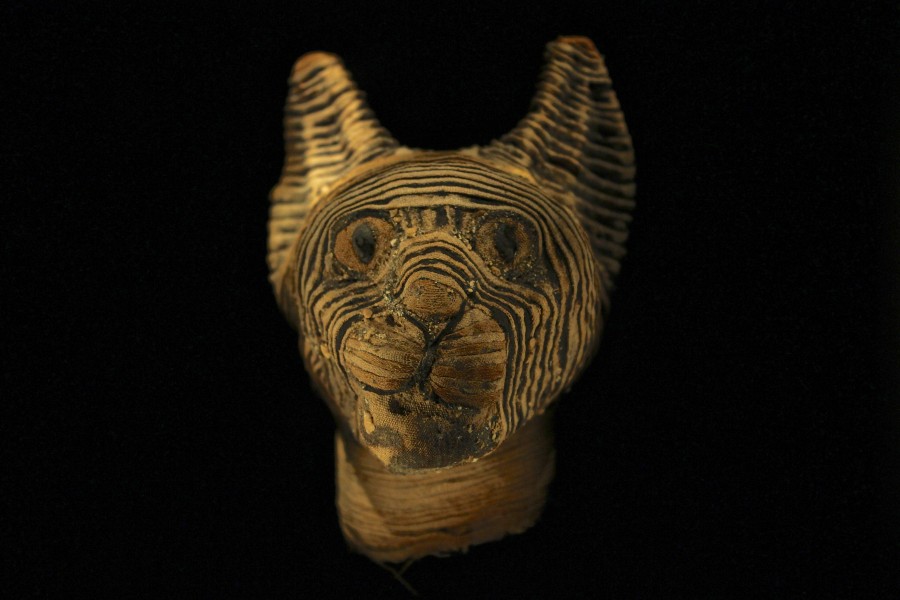 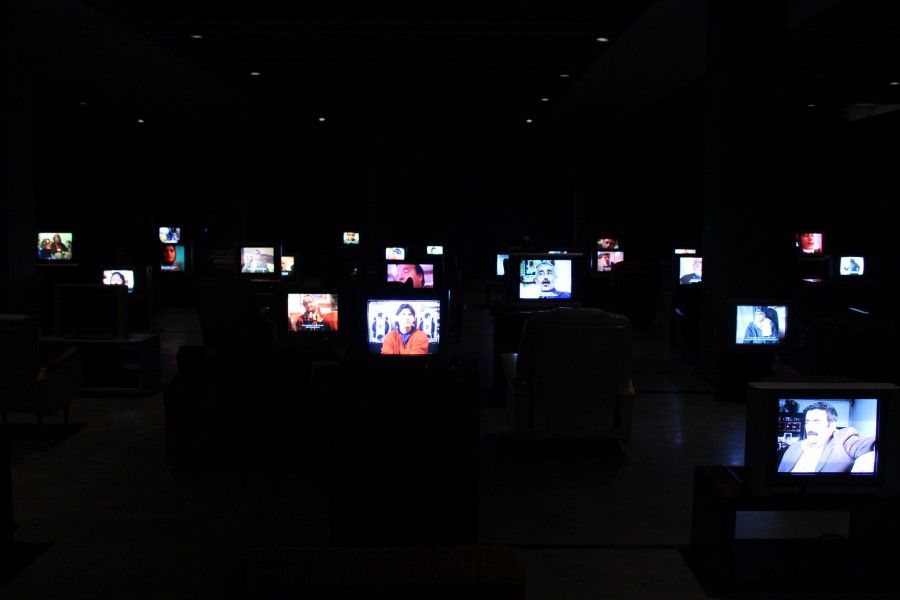