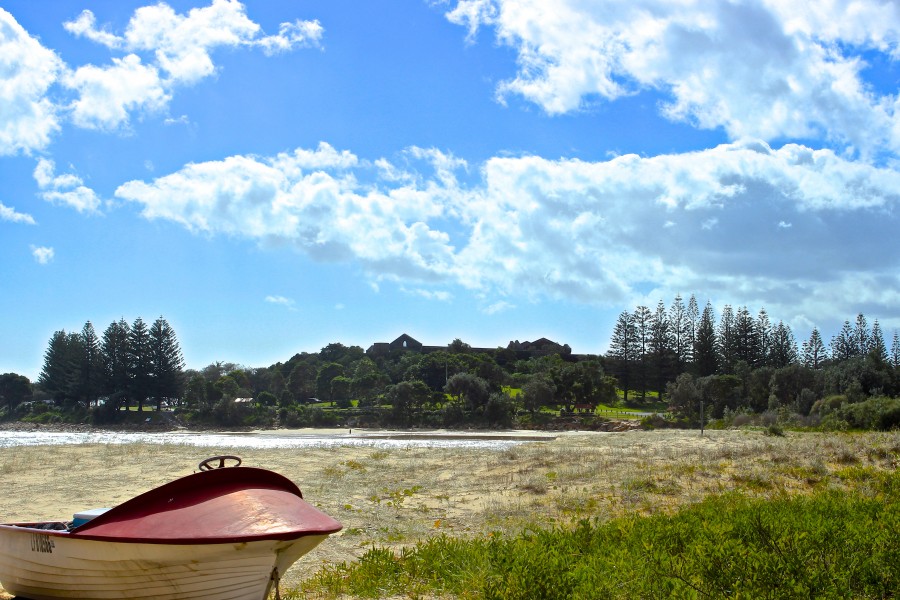 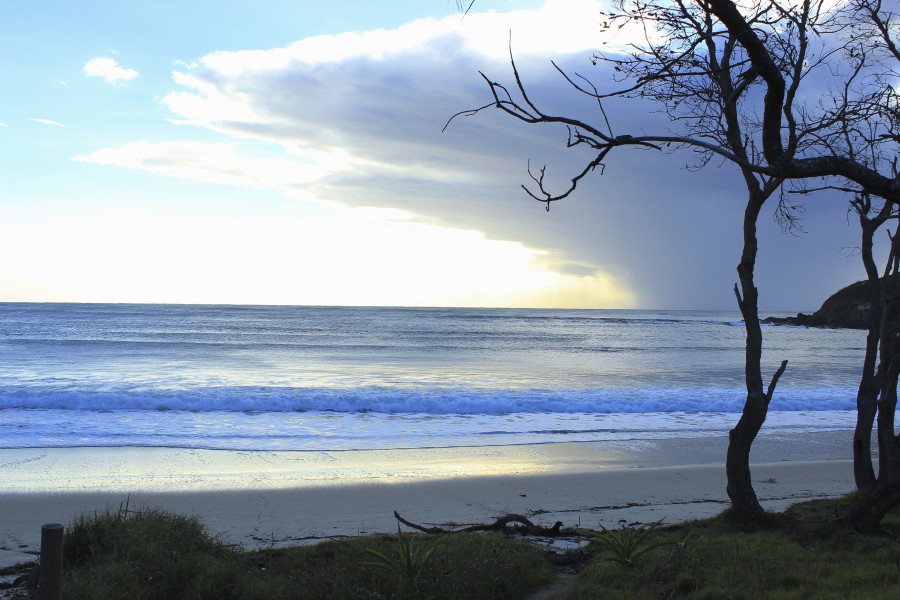 This post continues from the previous post covering the stretch of road between Sawtell and Nambucca Heads. While in Nambucca the weather had deteriorated to torrential rain and stormy seas that left the low lying areas and waterways flooded by daybreak, worsening as the down pour continued into the next day.

We had managed to find a laundromat disguised as a fish and chip shop, affectionately dubbed the ‘LaundroCafe’ and armed with now dry and warm bedding, plus two woollen blankets from the Salvation Army store next to the laundry at the great expense of $4 and $9 respectively, we hit the road south.

The road was slick and the rain was coming down so heavily it was difficult to see even after wiping the condensation off the inside of the windscreen. With no heater or air-con, the windows had to stay down on the leeward side as the airflow helped to de-mist the windscreen. Even with my window closed, the water still leaked through the incomplete seal at the top of the passenger door, stopped by my towel when I wasn’t wiping the windscreen to de-mist it as Ben drove. Occasional lightning illuminated the scenery through the fog showing the flood waters that had turned the road side paddocks into temporary lakes with the cows huddling on high ground. I was very grateful that the roads through the plains are generally banked slightly higher than the surrounding land so the water could only come within a foot of the road. We could see logs floating down the turgid river to the left of the highway, brown with silt as it made it’s way to sea.

Our next destination was Scotts Head, and we were grateful to see the sign not too far down the highway. We turned down the rural road and were no longer flanked by a river on one side. Instead the trees grew straight out of the impromptu swamp and we passed many flood warning signs, the water already over the road in many places and had completely engulfed a fence. As we drove into Scotts Head we stopped for a brief surf check at Wakki beach. Without leaving the van we could see down the cliff face into the small bay as huge rollers smashed against the rocks below, a mess of white wash. It was no better at the Main Beach, the waves a fat, shapeless mass. There would be no surfing that day.

We found a cafe, Taverna Six, and drowned our sorrows in coffee and cheese cake only to be told that they were closing at 12.30pm to prep for dinner service. Half an hour later we were kindly prompted toward the door, the cold grey sky visible through the window. We then discovered that there are only two cafe’s in Scotts Head and the other hadn’t even bothered to open in the awful weather. At a loss for anywhere warm to pass the time we thought “every town has a pub. We should go to the pub”. I had a fantasy of deep leather couches, a fire and a bowl of pumpkin soup. It didn’t come true.

We enquired at the local store as to the whereabouts of the local pub to be told “Yes, the bowling club is just back along the road, you’ll see it on the right.” The bowling club served as the local pub/TAB etc. We made ourselves comfortable and pulled out the sudoku book that we had found at the store. The last $20 of our weekly budget went on a bowl of hot chips, two rounds of beer and a game of ‘Keno’ for Ben over the four hours it took for the rain to ease. We overheard that the Scotts Head road had been completely washed out so there was no leaving that night. We left the bowling club shortly before nightfall to find a camp for the night. A brief check on the main beaches was disregarded, with the wind still high we would be drenched for a second night in a row. We drove until we found a secluded spot out of the wind and made a killer chicken vindaloo for dinner.

The next morning the storm had passed and the sky was a beautiful blue.

The photos directly above and below were taken at Scotts Head from the beach access next to the Bowling Club looking at Scotts Head itself with a squall passing on the horizon.

The roads had cleared by the morning although small landslides gave evidence to the heavy rainfall. We drove south through Grassy Head to South West Rocks. I am constantly amazed at the imagination of Australian place names. South West Rocks was a moderately sized town and was the turning point from sugar cane based farming to cattle. I realised it had been quite some time since I’d seen livestock on the side of the road but the area surrounding South West Rocks was full of them. The surf break at Main Beach looked promising but crowded and not enough fun to make it worth getting that close to a rock shelf, so Ben and I took a wander around the town before moving on. We did however pop into the local travel agent staffed by a lovely, motherly english woman named Diana who shed some light on the cruise ship situation in respect to our Australia-South East Asia leg. It was confirmed that “no, they don’t really like it when you hop off part way through the trip. But I have tried to ship things from Darwin to Indonesia via freighter which is not as easy as you’d think”. She gave us some helpful advice and may prove very helpful once we are ready to move on from Australia.

On our way out of town we stopped at the Trial Bay Gaol on the southern headland of the greater bay. The gaol was built between 1877-1886 when the sea was the main highway linking Sydney to Brisbane, with Trial Bay ideally situated to give ships a safe mid-way refuge. Named after the shipwreck Trial, the bay required a breakwater. The gaol was originally built to house prisoners brought in specifically to construct the break wall. Gale force winds and storms meant progress was slow and after ten years it measured one-seventh of the planned length. By 1903, the advent of sturdier ships meant a refuge was no longer needed and the gaol was closed. It was later used to house 500 men of German descent during WWI. The internees were an elite group of academics, professionals and craftsmen classified as ‘enemy aliens’. In 1918 the internees were moved due to security concerns and has since been utilised only as a tourist destination. – Information courtesy of Trial Bay information centre.

From photo 3 onward, all images are taken in the area surrounding Trial Bay Gaol. 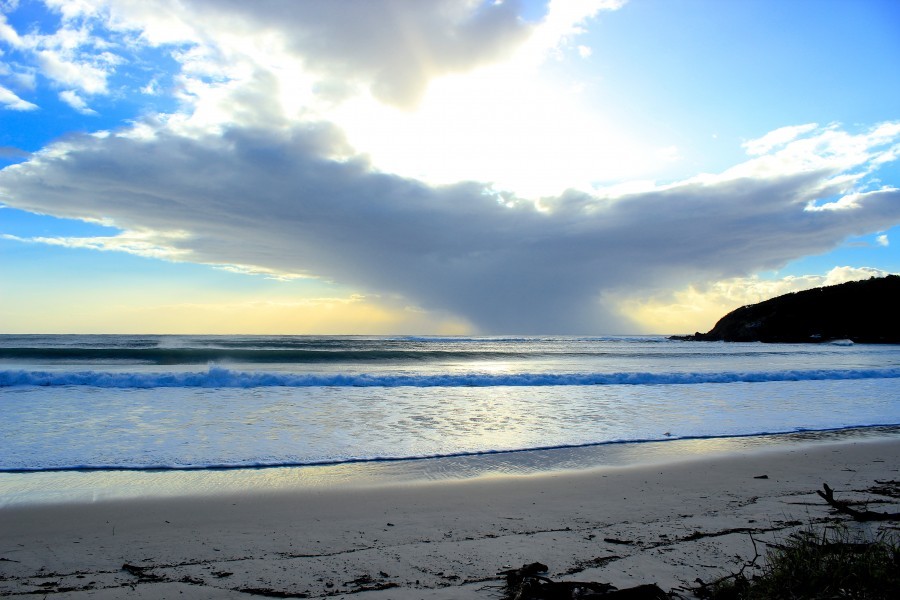 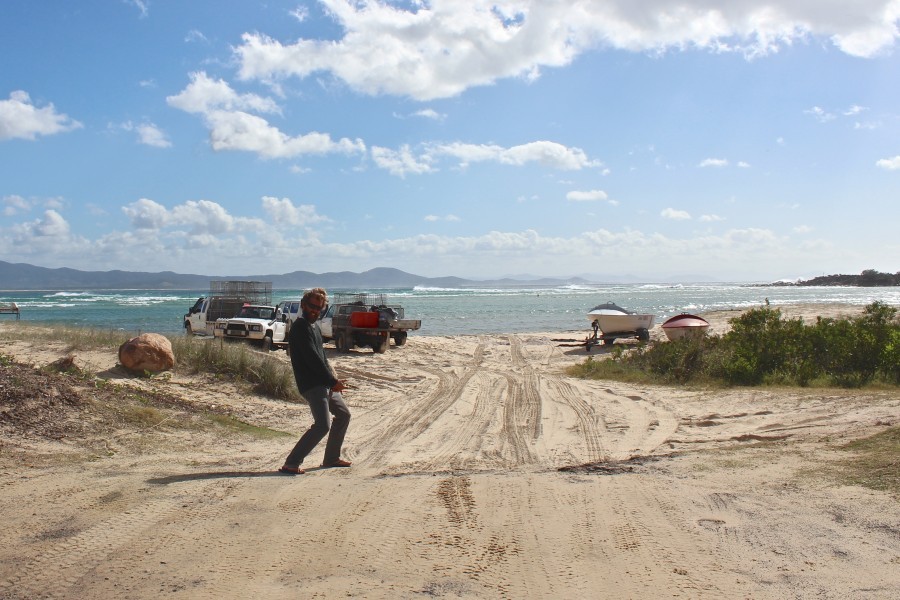 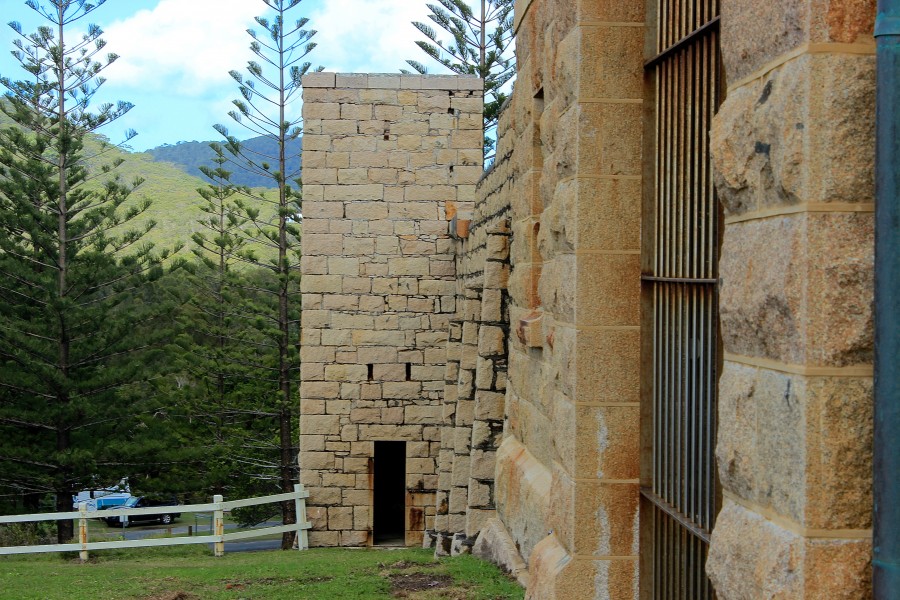 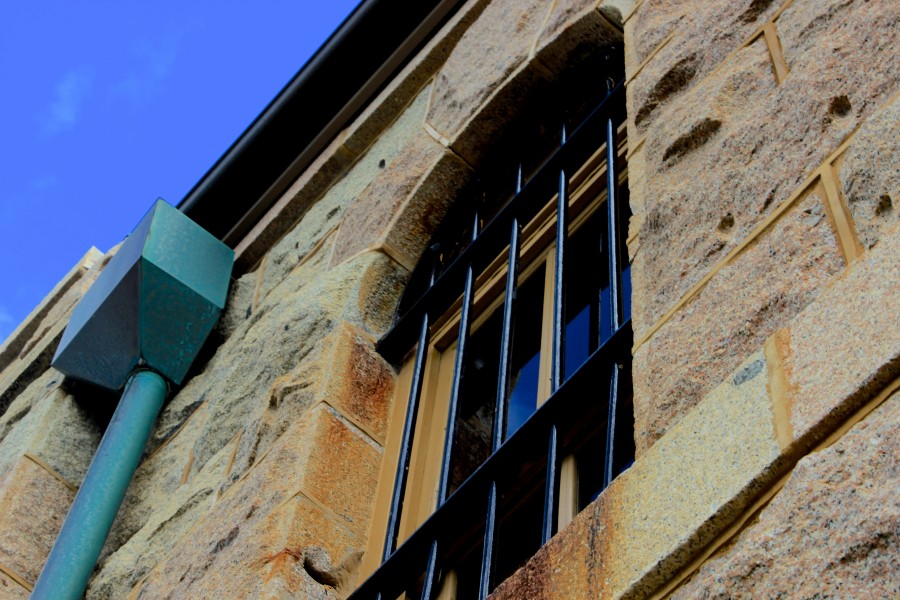 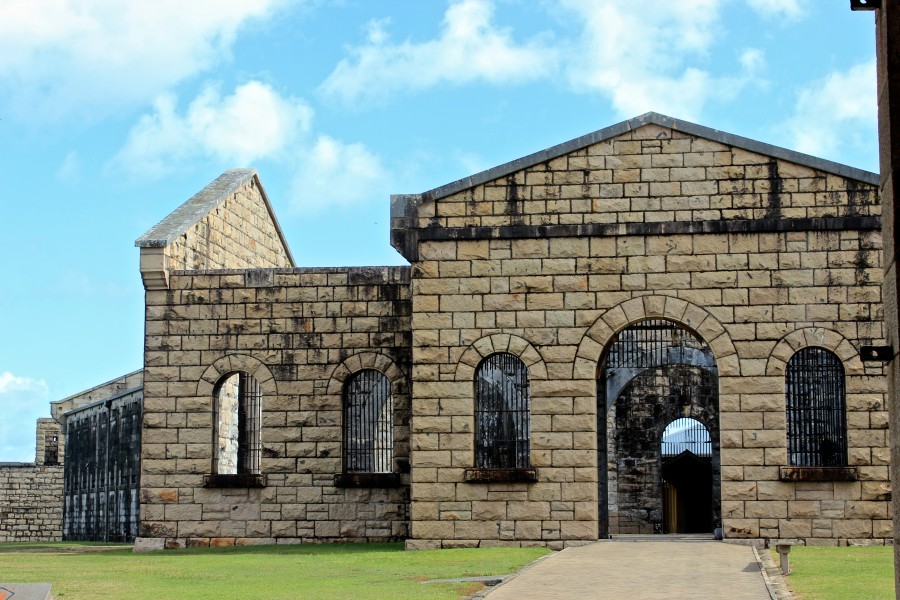 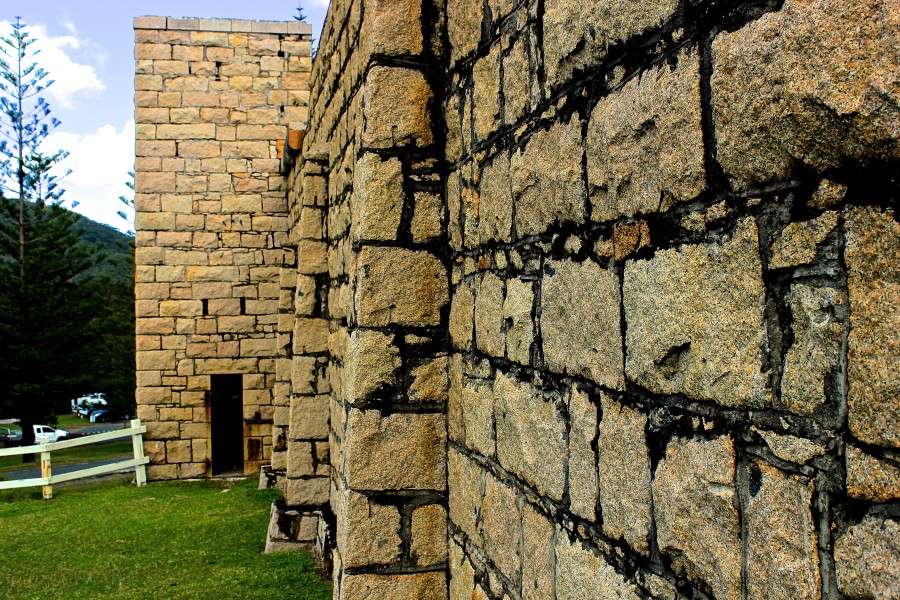 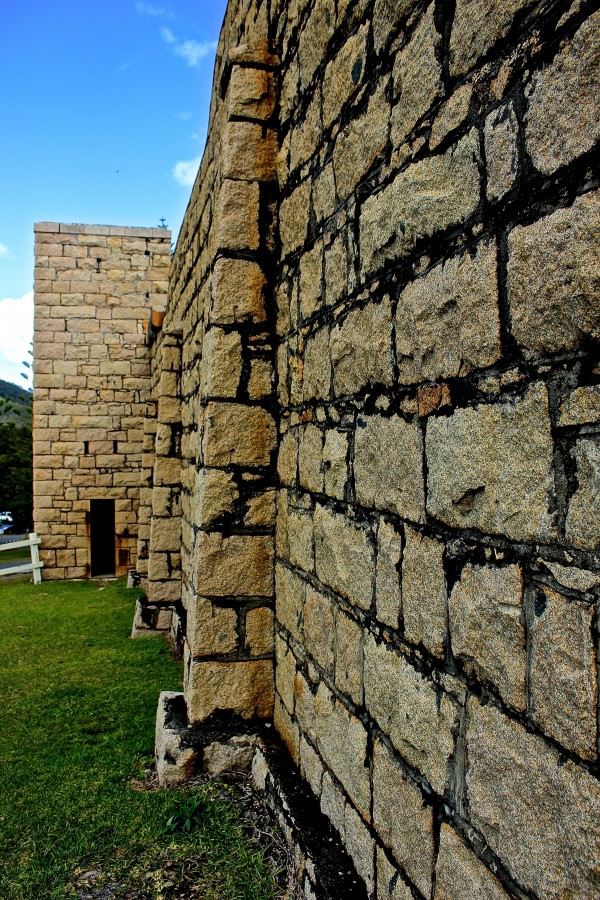 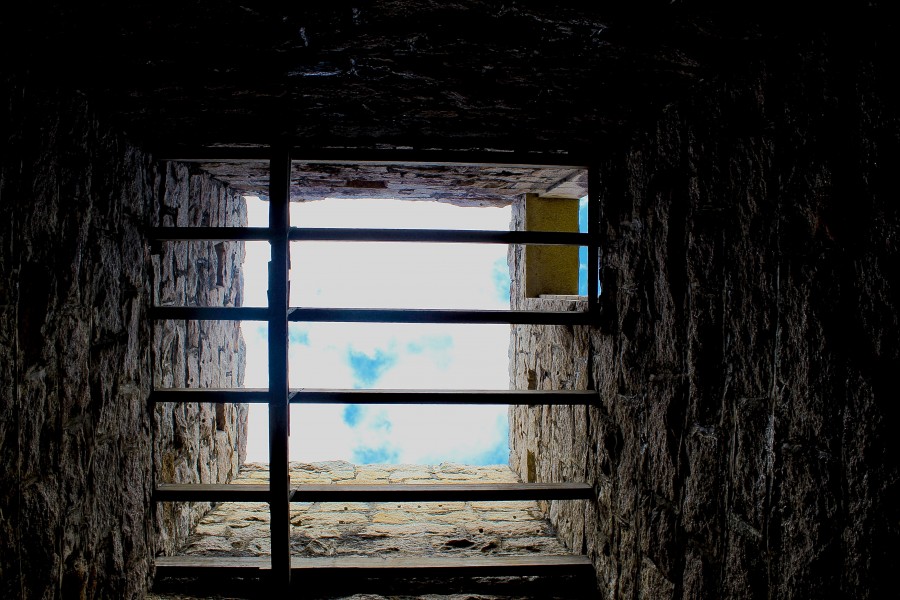 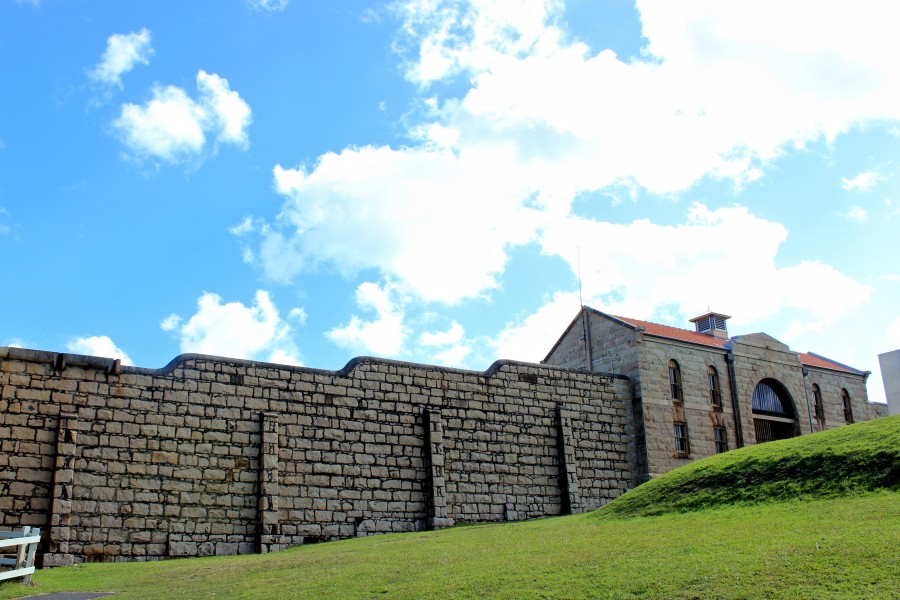 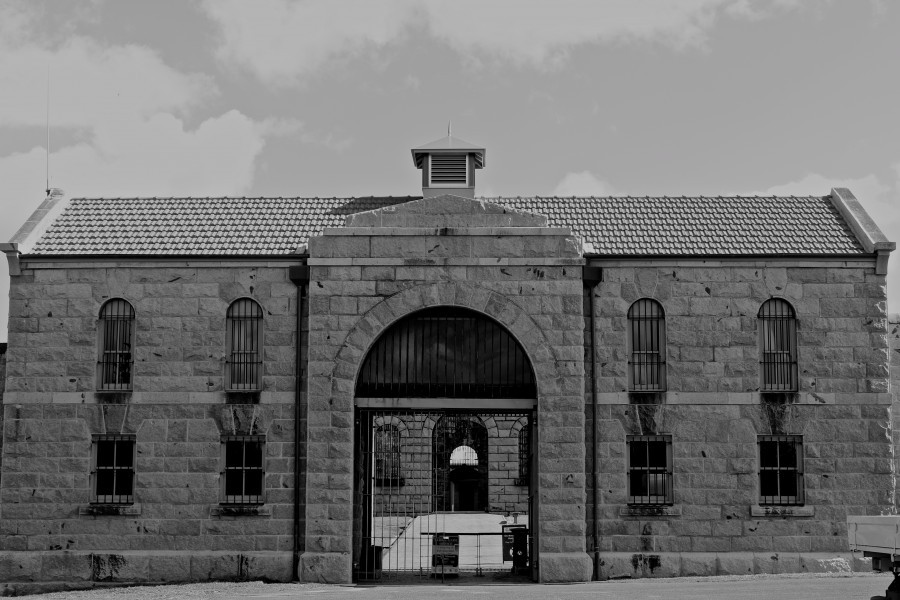