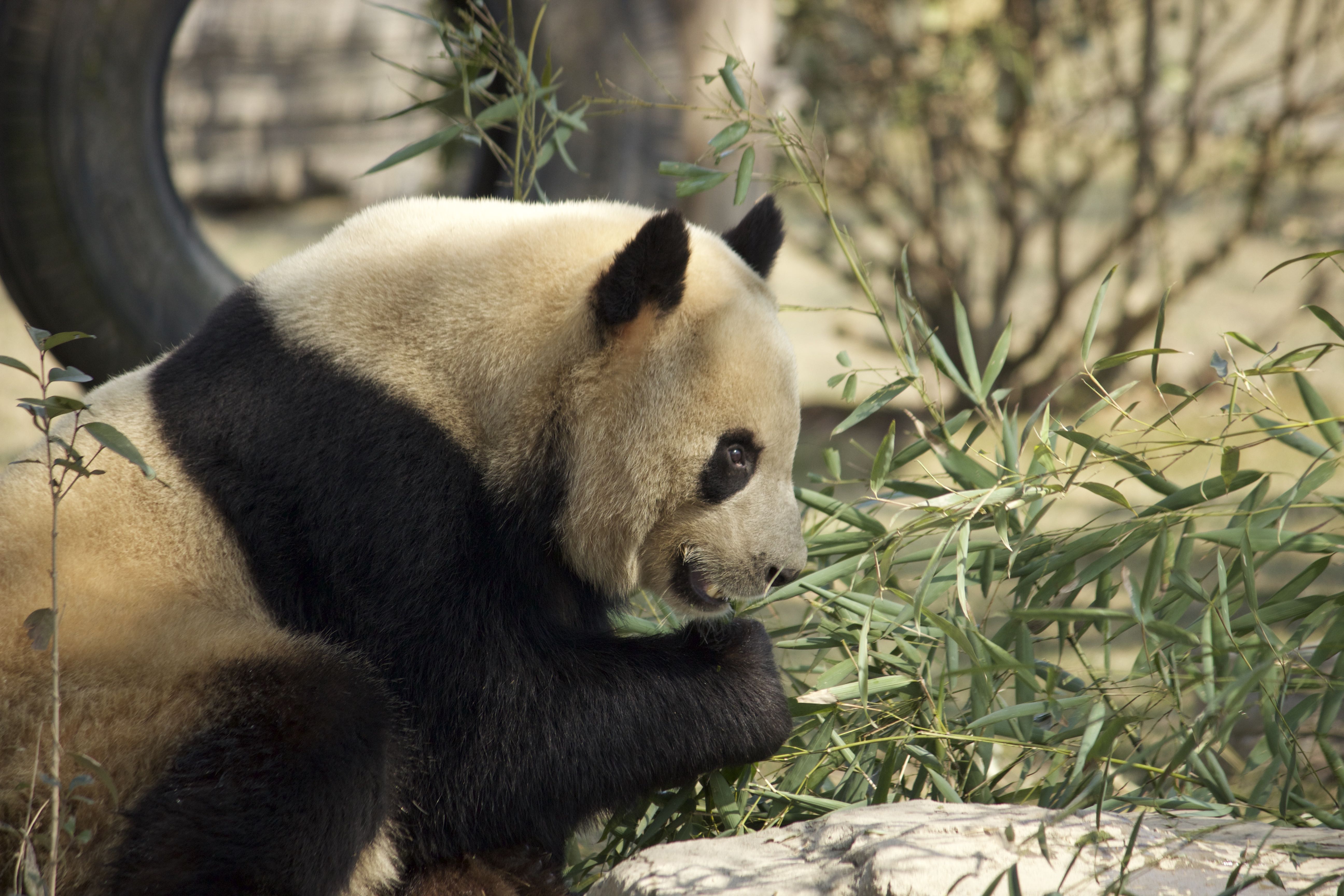 The Shanghai Wild Animal Park is home to over 10,000 animals across 200 rare and representative species, housed on 153 acres of land 40km from the centre of Shanghai. It is the first National grade zoo in China and is classified as a theme park.

Domestic animals include panda, golden monkey, golden takin and toki and also many animals that you would see on an african safari such as giraffe, rhino and lions.

The wild animal park is one of the nicer zoos I have visited, with the zoo animals housed in large, clean enclosures and all seeming reasonably happy and well cared for. The park is divided into two sections, zoo and safari. Science and environmental sustainability education are heavily emphasised throughout the zoo section, with  the safari park as an open area where the animals can roam free in a more realistic environment and the visitors are the ones in the caged bus driving through. The experience feels very much like entering jurassic park as you are loaded into a bus enclosed by bars on every window and driven through double gates rimmed with razor wire between every enclosure. The safari enters into the grazing area with yak, reindeer and elk representing the asian continent and eland, rhinoceros, giraffe, wildebeest and zebra to represent africa. The bus continues on through separate enclosures for the cheetah and on to Lions, Manchurian tigers, white tigers, tibetan wolves, grizzly bears and sun bears.

When we visited the day before Chinese New Year, in the depth of winter, the safari enclosures were fairly barren, with the harsh winter weather having taken its toll on the grass growth and the trees bare of leaves. The animals were obviously well stocked with feed, and it looked as though there had been a lot of new development in the enclosures, with many new trees planted, new lakes and a running stream through an elaborate rock structure in the wolves enclosure. It would be great to visit again once the foliage had grown in after spring.

There is a late morning show in an arena in the centre of the zoo displaying traditional circus acts with a dancing bear, leaping tigers and a monkey doing a handstand on a goat, while balancing on a vase, sitting on a 6″ plank of wood 6 feet in the air…which apart from being an impressive act, was also extremely challenging to our western sensibilities of animal rights. In all fairness, we didn’t see anything that was outwardly inhumane and all the animals seemed healthy and well cared for, but I am glad we then went on to the safari park, where the overall effort toward environmental protection was obvious and reassuring.

Overall a really cool experience, and I got to play with a tiger cub for only $7 AUD!