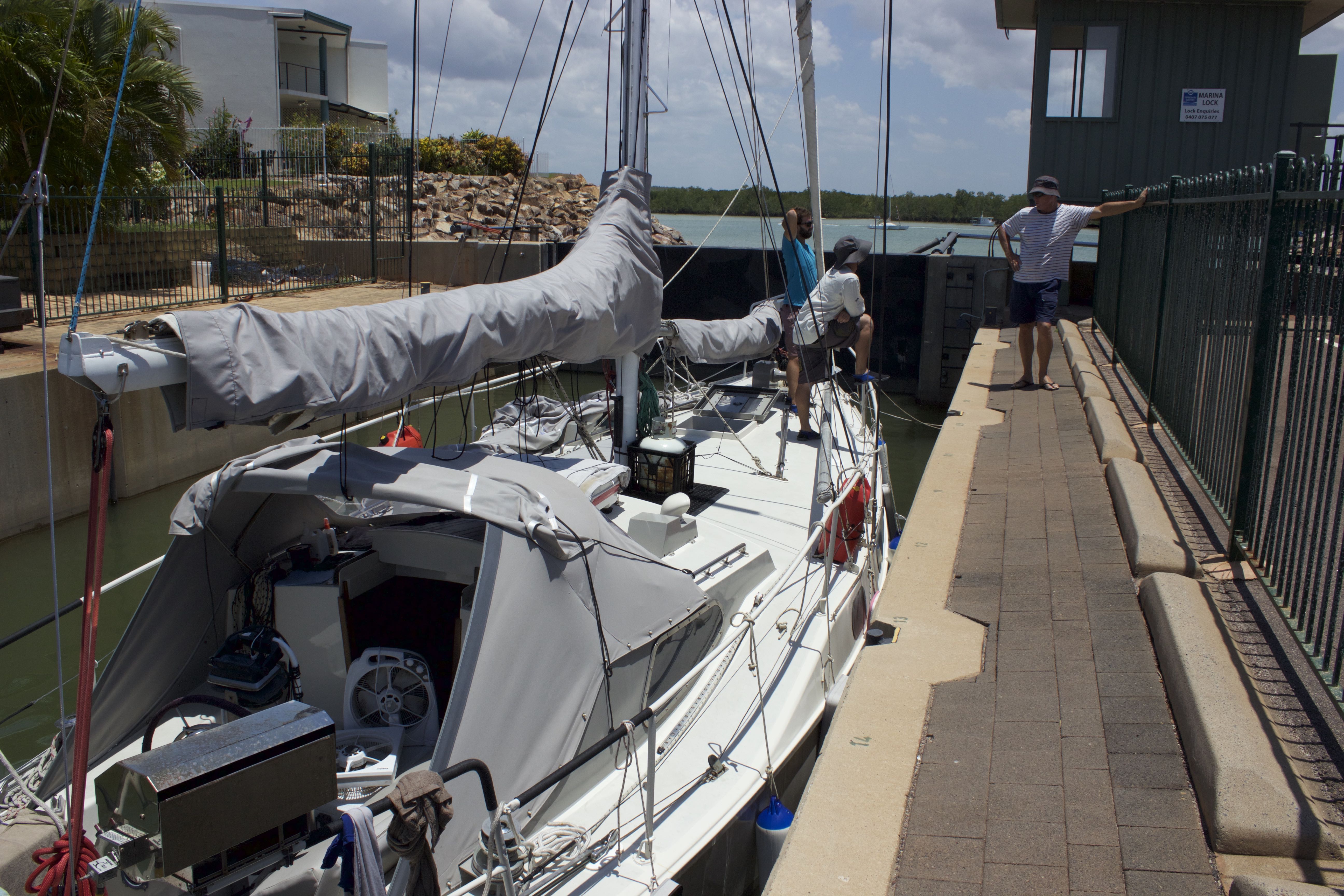 Yes, you heard it right, after three years of talking about it, Ben and I are actually setting sail to Indonesia. See you later Darwin; no surf, no swimming, 35-40 degrees every day and walking everywhere because we don’t have a car. End result? Sweatasaurus Rex.

Ben and I arrived in Darwin on the 19th of October, having found an ad on gumtree advertising an ‘Indonesian Surfing Adventure’ just the day before we arrived, passing in an out of intermittent cell service between Katherine and Darwin.

After passing through Litchfield NP, we caught up with skipper Paul Scanlan aboard his Roberts 36, Rock Hoppra everything seemed to go pretty well and two days later we moved aboard. See our NT road trip post here.

We have had many ups and downs, but spent the first month fixing Rockys engine, recruiting Papa Scanlan to do a road trip from Cairns to lend a hand, as we dismantled the old engine and replaced it with the new one.

We then headed out to anchor while we waited for our Indonesian cruising permit, only to find out after three and a half weeks that they had lost our paper work and it would be another three weeks, plus visa processing, before we could make passage.

So for the next four weeks we were battered by squalls at anchor out the front of Stokes Hill Wharf in Darwin as the early wet season storms rolled through.

As I write this post, we are finally readying ourselves to make passage tomorrow evening. Our visas should be ready for pick-up tomorrow afternoon so we can head up to the customs office to clear out and begin the five day passage up to Tual in the southern Maluku region of Indonesia.

Our projected route should take us up to Tual and across to Triton Bay, Irian Jaya and the lovely crew at Triton Bay Divers for some well earned time in tropical paradise before Ben and I head back to NZ in the new year for some family time.